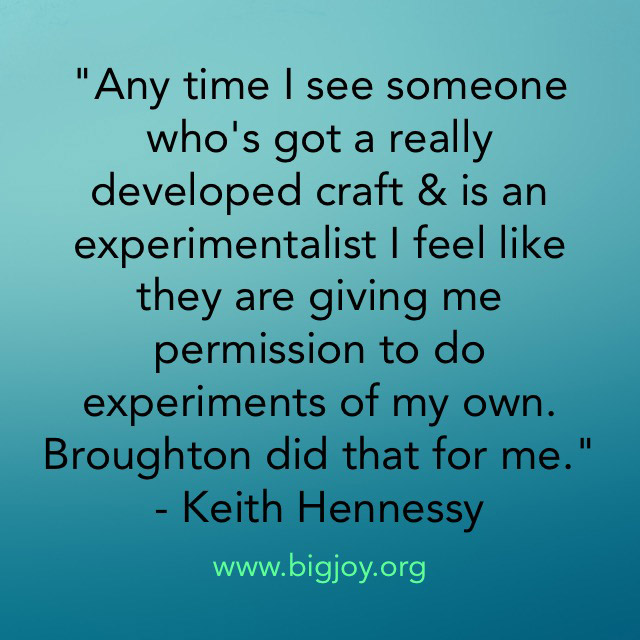 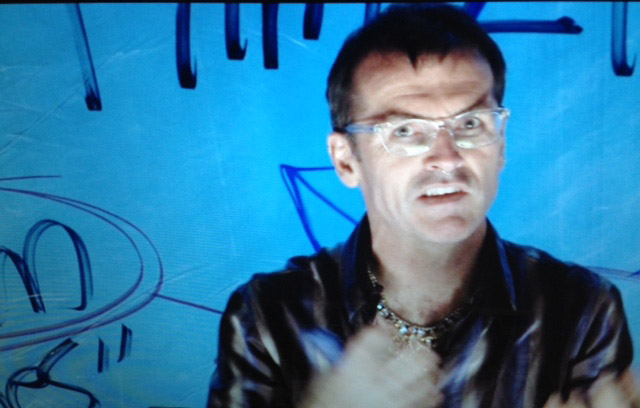 You may recognize performing artist Keith Hennessy from our film.  He’s the sort of “mad professor” character that explains the whole timeline to us.  He’s also a brilliant artist.

While we were making the film Keith shared a lot with us about how Broughton influenced him as an artist.

He said, “Any time I see someone whose got a really developed craft and is an experimentalist, I feel like they’re giving me permission to do experiments of my own.  To invent possibilities, in the combination of visual and sound, idea and language.  James did that for me.”

Keith knows how to mix it up.  In fact for one Big Joy event he did a performance mash up of Alan Ginsberg, Walt Whitman, and Broughton lyrics which he read from a duct taped scroll to a background chorus of men in skirts chanting.  He knows exactly what that out of the box creativity means.  Here’s a little video where Keith talks about how he mixes it all up– pulling in everything from his dance background to circus performance and activism to create something unique.

As we were making the film he shared, “I don’t have this super sharp moment of when I knew Broughton[‘s work], it’s more like when I knew him I felt like we had always been around each other or that he had created some kind of both artistic and queer context that I lived in and took as normal.  As I developed both an artistic and queer consciousness I feel like Broughton’s always been a part of that consciousness.”

Thanks for being another example of the ever changing, always dynamic, unfettered creative form Keith.